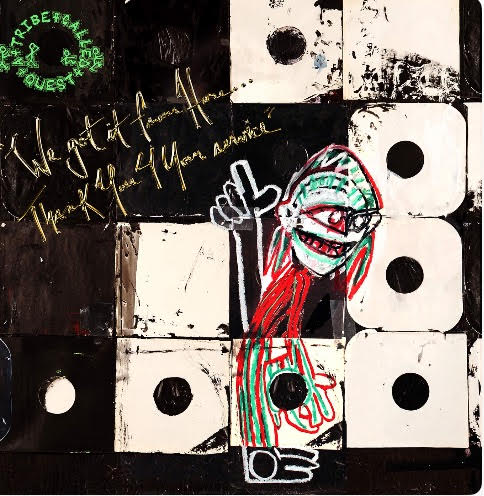 I found this blog post about the freshly minted prez while organizing my Dropbox. It was originally written in late November 2016. I never posted it because I tend to be publicly apolitical. Sometimes people freak the hell out and can’t hear anyone else’s point of view, which is exhausting. Now just past 100 days of D.T. in office and the Repubs are all boo’ed up and giving each other love eyes because they’ve overhauled the Affordable Care Act to the new (and worse) American Healthcare Act of 2017. Below is my fresh off the election/pre-inauguration take on prez.

It’s been 2 weeks since Trump was elected to the highest office in the land and I have been observing from a quiet distance. By quiet I mean not voicing my opinions on social media. I needed time to take it all in. I wasn’t psyched about my choices but I chose Clinton. She’d be the first female president, she cares about some of the same things I do: women’s reproductive rights, children’s well-being, and education. The night of the election I refused to watch. Instead of putting myself through the drama of watching CNN until my eyes bled, I decided to hit my DVR like a champ: Real Housewives of ATL, Masters of Sex, Insecure…In between each show I’d pop in to CNN and check the results, they looked too close for comfort. By 11pm when I finally decided to put myself to bed, I didn’t see any clear winner so I went to sleep and woke up to this…

Something in my spirit must have known all along because I didn’t cuss or cry. It’s like I was prepared so I just did my normal routine: showered, dressed and hit the highway to work. Once there I plugged in my ear buds and cranked up Solange’s album A Seat at the Table and listened to Weary, Mad and F.U.B.U. on repeat. Music became the balm I needed for my soul to just carry on through the next few days. There was no more laughing at Trump looking like he’s been doused in Cheeto dust, or about his hands looking like little T-Rex claws, or whatever else people say about him. I couldn’t get behind any jokes because this shit is real y’all. In fact one of my colleagues at work read a FB post History has been made, we’ve elected our first orange president. I didn’t laugh, couldn’t laugh. I’m very concerned, this man hasn’t shown his tax statements, has claimed bankruptcy multiple times, been recorded talking about grabbing women by the pussy, suggested the U.S. create a Muslim registry—like this is the Jim Crow South and freemen have to carry their freedom papers, has made sweeping statements about Mexican immigrants, and told black and brown folks what do you have to lose voting for me—suggesting our daily lives are ripped right from Pookie’s in New Jack City. I was, and still am, disappointed. I definitely can’t understand how any person of color (POC) or anybody I call a friend could vote for Trump. But as each day passed it became clear I have to know someone who voted for this man. Like my friend Tara posted on FB: My heart is breaking. I must know people that have voted for Trump? Why? I feel totally alienated from my own country. Truth be told I’m pretty sure none of my real friends voted for Trump but I know some of my acquaintances did and I never need to know who they are.

As each day went on I sucked up alternative commentary, tuning into The Daily Show w/ Trevor Noah and getting his whip-smart take on things. Then I was blessed with more musical healing Friday when Tribe Called Quest released their newest album We’ve got it from here…Thank You for Your service. Hearing the late Phife Dawg and the rest of the crew rap about the state of the world now including these elections was like the best gift I could have been given. As a child of the 80s and a teen of the 90s ATCQ was the soundtrack of my youth and to have their collective response to the world now is beautiful.

I kept up the healing through art by going to see the movie Moonlight with a friend Friday night. This movie is beautifully shot, has a great soundtrack and most important has a fantastic story that challenges the stereotype of black masculinity and sexuality. The story was a balance of harsh realism mixed with much more   humanity and tenderness. For two hours I was not present in the world outside the theater. That Sunday after the election I kept up my artistic healing by visiting the National Museum of African American History & Culture (NMAAHC). Back in September when I ordered my tickets I didn’t think about the fact that 11/13 was only days after the election. Spending a day at a museum chock-full of history about my people, and America as a whole was overwhelming. From the toddler-size shackles, to pieces of wood from a shipwrecked slave ship, to a canister of hair oil from Madame C.J. Walker, to images of Nikki Giovanni and others of the Black Arts movement, and finally to an exhibit about President Barak Obama. Then reality.

As we left the museum and drove out of DC—the white dome of the capitol building ahead of us—I happened to glance out my window and see the newly opened D.C. Trump Hotel. In front was a smattering of protestors hoisting signs. Then it hit me, this is New America, which just made me think of Erykah Badu’s album New Ameryka (released 2007, relevant today). I don’t plan to protest, nor do I plan to endorse the man. I plan to respect folks as long as they respect me but don’t ever part your lips to try to tell me to accept D.T. or find the silver lining.

2 Replies to “Flashback: How art helped me cope w/ a D.T. presidency”

I was interviewed by @anannadroid for her Literary Consumption podcast. We talked abt my book, Sonic Memories; being in an MFA program & the sound of silence. Anna, I enjoyed our convo. Thank you for inviting me to be a guest. Link in bio. ✌🏾 & 💜
About last night. @imaniniarobinson Your pilot episode of @3blindmice_television has me hyped for more! The screening & talk back were loads of fun & also showed how strong of a village you have🥰 You are out here doing necessary work dahling💜
Libra season is over, but my growing season continues. This month I have been pushed into another kind of evolution, one I did not want. While grappling w/ the emotions brought on by a sudden & profound loss folks surrounded me. The love, comfort, & care y’all have shown has buoyed me.
Eric, I am still grappling w/ the fact that you are no longer on this earthly plane. That your life was snatched so cruelly.
From “Acolytes” by Nikki Giovanni ☔️ 💜
This is me in @therj207 student film, Thin Line circa 95 (I think). I played the main character’s little sister, Dot.
Yesterday my sister & I dropped of her daughter/my God-daughter at college. I’m so honored to have been a part of this transition in her life. I’m looking forward to hearing stories, visiting & having her show me her favorite spots, & just getting to watch her evolve. Shout-out to my sister who has had a village, but has also shouldered quite a bit on her own. I’m proud of you @aqua2529 ✌🏾 & 💜
Lost Pops in his earthly form on this day in 2008. He died in the wee morning hours at John’s Hopkins Hospital by himself. That always f’ed w/ me. Back then I lived close to the hospital so was able to meet my Mom & brother there before they took him away. I remember going to a conference room with the doctor & the chaplin. The doctor looked like HE needed consoling. He told us, “He fought really hard, referring to my Dad. That f’ed w/ me too.
Join 476 other subscribers